You are here: Home / Oregon Writers Colony and Colonyhouse: A Haven for Writers / History

OWC in the Past

Oregon Writers Colony was formed by a group of writers gathered around their mentor, Don James. From the beginning, the founders — and the organization they formed — dedicated their efforts to supporting writers through education and community.

Most of the original organizing committee became founding board members of Oregon Writers Colony when it received IRS 501(c)(3) non-profit status in 1983.

Their goal was to support writers and establish a permanent writers’ retreat on the Oregon coast, which writers could use for projects and for classes. The organization worked toward these goals by presenting writers conferences and workshops.

Those classes and conferences continued for the next five years.

During this time, The Colonygram newsletter was created, which helped to increase membership. The first editor was Sharon Wood, now Sharon Wood Wortman.

In 1988, they purchased a log home on the ridge in Rockaway Beach overlooking the Pacific Ocean to the west and Lake Lytle to the east. Board members Margaret Borland, Sue Bronson, Joleen Colombo, Doreen Gandy, Bonnie Bean Graham, Marlene Howard, Gail McNally, Naomi Stokes, Rae Richen, and Marsha Weber made the decision to purchase Colonyhouse. With a generous gift from Jean Auel and a beneficiary gift from the estate of co-founder, Lola Janes, the Colonyhouse became a reality.

OWC in the Present

We also still publish a newsletter for writers and we still have a place, called Colonyhouse, in Rockaway Beach where writers can focus on writing projects and practice their art.

All of our workshops, our annual short story and poetry contests and other services are provided at very little cost.

At Colonyhouse, we have hosted high school and grade school classes and their teachers. These students and teachers come to focus on improving their writing skills. We have an open invitation to a group of Tillamook and Clatsop County writers to use our house for their monthly meeting.

Small writers’ groups from the region can schedule days at Colonyhouse to work together on their projects, often writing during the day and then sharing and critiquing each others’ work in the evening. Colonyhouse has a bookcase of books whose authors worked on them staying at the house. Those works include histories, non-fiction articles, short story anthologies, children’s early readers, young adult fiction and nationally recognized novels of all types.

Our youngest writers have been the children of a group of Parents without Partners, who have come to Colonyhouse to explore the beach and to dictate stories to their parents, giving the children the knowledge that what they feel and imagine is important and is taken seriously.

A Poetry Pole on the west side of the house encourages passers-by to enjoy the fun of words and the wisdom of poets. Paulann Peterson, Oregon’s poet laureate, dedicated the poetry pole in 2011.

We are proud to have worked for many years on the mission of supporting writers. 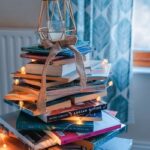 This year's Stumptown Lit will be a Zoom gathering with live chats and pre-recorded book ... Read More
Announcement 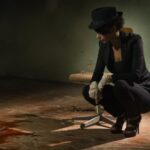 The OWC Writing Contest for 2020 will focus on mystery. The contest launches December ... Read More