You are here: Home / Archives for Jan 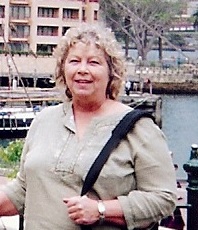 My father was a keeper of secrets.   For decades his anecdotes lay unquestioned and strewn throughout my memory.  I was in my mid-thirties when I discovered that my mother had conspired in the secret keeping.  Her Palmer Method penmanship records in black ink on a page of Our Baby’s Book”, — under the heading Congratulations Were Received From — “letter from grandfather Gordon,” the man my sisters and I were told had died when my father was a child.

Stunned by the knowledge of the lie and the fact that my grandfather was not only alive when I was born but had reached out to me through my parents, I began to see my father’s bits and pieces of stories as crumbs he left on a shadowy and tangled path.

“I had to go home through the woods at night,” my father said.  “It sounded like something was right behind me and I’d run like a striped ape with his ass on fire until I hit the front door.  It was darker than hell and when the owls said, ‘Whooo,’ I thought they were talking about me.”

In my imagination I heard the sound of an owl calling while a boy with my father’s blue- black hair and dark brown eyes ran north through a forest.  Why north?  I have no idea, but I knew what it was like to feel that something was gaining on me in the dark.  On summer nights I’d leave the farm house to go into the pasture where I climbed into a haystack and lay on my back staring into the Milky Way river of stars that stretched in a wide band across the velvet black sky above me.  When I climbed down from my fragrant nest and walked back to the house, I felt movement in the grass behind me and heard silky panther-like whispers in the air.

My father finished filling the burlap bag I held open and jammed his shovel into the pile of yellow-brown wheat looming behind him.  He went to the barn door, wiped his forehead clear of sweat and pulled the cotton work gloves from his hands.  His gaze was focused on a point in the distance as he looked out over the corral across the western Nebraska high plains.  A red-winged blackbird chortled from the nearby shelter belt of chokecherry bushes, wild plum and thorn trees

“My old man died when I was six and my mother died a couple of years later.” He took a package of rolling papers and a small white bag from an overall pocket.  He loosened the yellow drawstring at the top of the bag, pinched spicy scented tobacco between a forefinger and thumb and laid it down the middle of a rectangle of white paper.

I was fascinated by his hands.  Pale as the belly of a fish in comparison to the suntanned bands of brown-black between the bottoms of his blue chambray shirt cuffs and the tops of his gloves, they were hands that I loved and that frightened me in equal measure.

He moved the fold of the paper up and down with his thumb until it formed a little tube.  “Somebody took the youngest kids but Grace and I got sent to an orphanage.  The nuns cracked my knuckles with a ruler until they bled.  They made me kneel on broom handles.  One of them —Sister Mary Cat Shit — said, ‘You may not be a Catholic when you leave here, but you will never be anything else.’”

He ran his tongue along one edge of the cigarette paper to seal it shut.

“She told me, ‘You’re never going to amount to a thing,’ and I said, ‘Hell, I’ll be eatin’ chicken when you’re eatin’ feathers.’”

He spit a stray flake of brown tobacco onto the ground.

“A guy used to come to the orphanage and take kids out to work for him.  He helped me run away when I was thirteen.”

A late spring blizzard howled over the fields and pastures and around the old farm house.  It snuck in the cracks between the weather stripping and the front door to pack snow against the doorframe.  It whistled under the eaves and over the peak of the shed roof where the cows huddled together out of the wind.

A woman now with two children of my own, my mother dead two months, I sat again at the kitchen table with my father.  He held a clear drinking glass filled with freshly popped corn.  He poured milk from a pitcher into the glass and curved edges of white shell ears disappeared.  Tiny yellow eyes winked out of milky depths.

“Something,” he said, “landed on the roof one night last week.  I heard it walk the length of it, then across and back.  Damned if I know what it was.”

He filled a soup spoon with milky popcorn and ate.

“My old man said there were things in the night that looked like skeletons.  They jumped from tree to tree like monkeys.”

He took a long drink of milk.

I gripped the edges of my chair and listened to the wind.  I thought about my warm house in Colorado.  My husband working.  My sons in school.

“He said they make clicking noises when they move.  Like frozen thorn tree branches brushing up against each other in the wind.  Guess it would be damned hard to tell what’s branches and what’s not.”

He bit his lower lip and locked his fingers around the glass.  He tensed his shoulders and stared past me through the kitchen window into the darkness.

In my imagination, a boy ran beneath a thick canopy of trees.  His heart — trapped in his throat — beating like a rabbit caught in a snare.  The night air rattling with the sound of bones and rank with the hot dry breath of something not quite bear.

I never thought of my father as being afraid.  But there were secrets.  There had always been secrets.

Final judges have been chosen for the 2014 OWC Writing Contest. 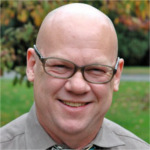 Stevan Allred is the author of A Simplified Map of the Real World, his debut collection of short stories recently published by Forest Avenue Press.

He began working on the collection in 2004.  “I knew early on that the stories would be linked, that I would set them all in the same small town, Renata, and that this would be my chance to build something like Faulkner’s Yoknapatawpha County.”

The central theme is love – romantic, familial, gay, straight – and how love fails us, and yet we keep coming back for more.

Point-of-view characters from one story wander into others, and we see them through their own eyes as well as through the eyes of their neighbors, ex-wives, and children.

Ten of the 15 stories have been published by various literary journals and websites.

Stevan’s work has appeared in: 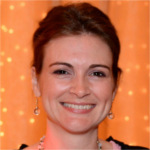 She has been in the publishing business 15 years, wearing multiple hats in the editorial/production process.

Her work has included working for Portland businesses such as Collectors Press, Beyond Words Publishing and Graphic Arts Books, as well as other houses and authors nationally and internationally.

A graduate of St. Cloud State and the MA publishing program at Emerson College, she is proof that a paid profession can come of an English and American Studies degree!

She founded her own small publishing house, Dame Rocket Press, in 2007 and released five titles in as many years, featuring female authors with equal parts talent and sass.

In fact, the second title was her own 10-year project, Give My Love to Everybody, a collection of WWII letters from a great-uncle killed in action.

She also spreads the good word through her work as the coordinator of WiPP (Women in Portland Publishing), a position she’s held since 2006. Its monthly gatherings are a just a slice of all the talented and passionate people who live in the Portland area — something Jen celebrates and strives to emulate daily.

Find this year’s contest rules and prizes on the Contests page.

Time to pull out that manuscript you’ve been noodling over and polish until it shines. Oregon Writers Colony contest season is approaching.

To help you get ready, we’re bringing you two great teachers, C. Lill Ahrens and Gina Ochsner, each with a workshop, one for nonfiction and one for short fiction.

C. Lill Ahrens will present “Creating a Movie in the Reader’s Mind: Self-editing for Narrative Nonfiction Writers” at the Willamette Writer House in West Linn.

Gina Ochsner will present “SOS for Short Fiction” at TaborSpace in Portland.

These dynamic and knowledgeable teachers will help you get ready for OWC’s narrative nonfiction and short story contests, which will open for submissions on April 1. Watch this space for details.