Constructing A Story – An Author’s Method 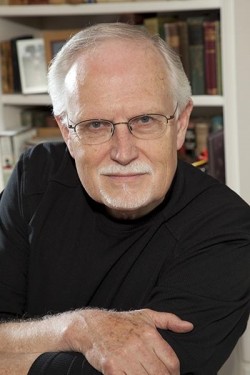 Oregonian George Byron Wright will use his sixth novel, “In the Wake of our Misdeed,” to describe how he goes about creating a work of fiction at 7 p.m. Aug. 31 in Conversations with Writers at the Hillsboro Library Main Branch, 2850 NE Brookwood Parkway.

Wright began fulfilling his boyhood desire to write When he retired. His novels are set in the towns of his youth: “Baker City 1948,” his first novel, was followed by “Tillamook 1952,” and “Roseburg 1959.” Wright then moved on to contemporary fiction with the novels, “Driving to Vernonia,” “Newport Blues,” and “A Salesman’s Lament.”

Host Fred Melden says that dissecting the seemingly mysterious creative process seems illusory, and maybe it is, but Wright will tell how arriving at that floating island of creativity requires him to first deal in a host absolutes, and how these free him to swim with the figures of his imagination.

Conversations With Writers invites authors to read and tell us about their work and their writing methods. Not just a reading, but an event for audience members to interact and ask questions about word choices, styles, or the writer’s development of his art. It’s an informal atmosphere to help us better understand the craft of writing.