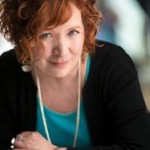 Author Cindy Brown and Portland Actors Ensemble (the Free-Shakespeare-in-the-Parks folks) present a reading of MacDeath, a madcap mystery set in the off, off, off Broadway world of theater. The free event will be held at 7 p.m. Thursday, January 22 at O’Connors Vault in Multnomah Village (7850 SW Capitol Hwy, Portland, OR 97219) as part of the Fertile Ground Festival, which features new works by Portland artists.

Brown’s debut novel, MacDeath is the first in a new series of Ivy Meadows theater mysteries published by Henery Press. Ivy is an actor who thinks she’s finally scored her big break when she’s cast as an acrobatic witch in a circus-themed production of Macbeth. Too bad she’s forgotten about the curse of the Scottish play.
This isn’t your typical book launch, but a performance by some of Portland’s finest Shakespearean actors, a little insight into the backstage world of theater, plus free cake and a cash bar. Murder, comedy, and beer—Shakespeare would be pleased.
More info at cindybrownwriter.com