Sometimes a Great Commotion, by Carolyn J. Rose and her co-author (and husband) Mike Nettleton, will be out in September from Krill Press. This sequel to The Big Grabowski is again set in the fictional Oregon coast town of Devil’s Harbor, and involves many of the usual suspects. The book revolves around the murder of a for-hire tree-sitter, amidst the commotion caused by thousands who flock to the tiny town to view an amazing image scorched into a breaded crab cake.

Rose and Nettleton contributed some of their favorite dishes to Killer Recipes, a recently released cookbook, the proceeds of which will benefit the American Cancer Society. Killer Recipes was the brainchild of North Carolina mystery writer, Susan Whitfield, author of Genesis Beach, Just North of Luck, and Hell Swamp.

Rose is the author of the recently released mainstream mystery Hemlock Lake, and Rose and Nettleton collaborated on the cozy romp The Big Grabowski.

The 33rd OWC Annual Conference will be held at the Sylvia Beach Hotel Friday ... Read More 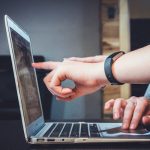 OWC is offering a six-hour hands-on workshop on Scrivener 3.0 for Mac. The workshop ... Read More