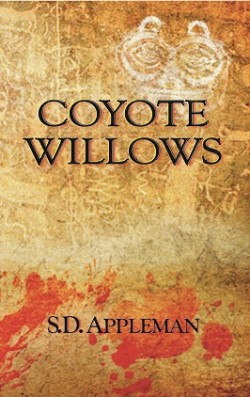 Coyote Willows is a modern day environmental thriller filled with murder, mercenaries and mysticism wrapped in the virulent legacy of the western hemisphere’s most deadly nuclear complex.

Major Jake Hawthorn, assigned to Homeland Security and struggling with PTSD, is warned off investigating a friend’s missing “Imminent Threat” report. Returning home to find his friend has died in a fiery crash, Jake turns to a native shaman for help in deciphering rock art clues leading to the murderer. Jake uncovers more than a killer and races the clock to expose a complex conspiracy sixty years in the making, as the land he loves teeters on the brink of an ecological Armageddon.

Coyote Willows is a fast paced, complex thriller with an original plot that kept me reading until the end.”

As a fifth-generation Oregonian, growing up in the shadow of radioactive drift from the Hanford Nuclear Reservation, Sharon Appleman was inspired to set the novel in the high-desert country of the Pacific Northwest.

As the great-granddaughter of a Native American, ancient rock art still hidden on family ranch lands holds special resonance for her and plays a pivotal role in this fast-paced thriller. Coyote Willows is now available on Amazon, Kindle and at select bookstores. A book launch and signing will take place at the Seventh Annual NW Book Festival on July 25 in Portland.