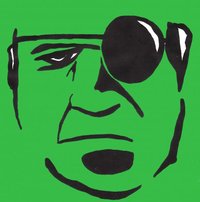 Vargus Pike has released January Song, the final book of a four volume set of poetry, Songs of the Seasons. Like its seasonal companions: April Song, July Song and October Song, a single poem was conceived and written each day of the month. The book also includes an appendix with the author’s insights for each poem. The set or individual books can be found at Another Read Through bookstore on 3932 N. Mississippi Ave., or through Etsy from PoetPikesCorner.

Poet, performance artist and front man for the east coast irritainment band Pietzsche Nietzsches, Vargus Pike has been active in the arts for almost thirty years and has been writing poetry since the seventh grade. He serves as board member for 9Bridges writers group headquartered in Portland. He is a member of The Oregon Writers Colony as well as the Oregon Poetry Association.

Selected works have appeared in New Gravity 360 (journal of new poetry) the love poetry anthology The Gift of a Rose by Lost Tower Publications (London) and the online literary magazine Flask and Pen.