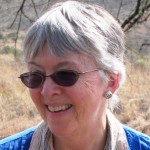 This is an excerpt from the winning fiction entry in the 2014 Oregon Writers Colony writing contest.

The Owl on the Road to Medford

The young green heron, all beak and long fragile bones, fought every bite of herring I poked down its gullet. The bird shuddered from breast to beak tip trying to dislodge the last sliver. “Cut that out. You gotta eat,” I told it. We both started when the doorbell rang. Damn. I set the heron back in its cage and said, “If you barf all that up, I’ll rip your beak right off.” A lie and a waste of breath.

A couple at the door. The woman held—as ever—a cardboard box. Miller Genuine Draft, duct tape all over it. “Evening,” I said. “What you got there?” It was late and the Closed sign was up, but they’d buzzed the clinic doorbell anyway.

She said, “Sorry, Mister, but we found this bird in the road. The gas station guy said you’d take care of it. It was just sitting there where somebody would run over it.”

Probably another baby robin. We’d taken in a dozen already, also an armada of baby mallards, eight scrub jays squalling for Mom, and three bitty squirrels squirming in a heap. Springtime—when humans get their hands on wildlife too young to escape and haul them to the local wildlife rehab center.

The man said, “Innerstate 5. Southbound, at the roadside rest area. Some kind of chicken hawk.” To her—“Give it to him and let’s go.”

“I couldn’t just leave it there,” the woman said, and looked sideways at him with her eyes narrow.

Late twenties, maybe, both of them, and raised poor. Everyone in Oregon wears sports shoes and jeans, but their front teeth gave them away. His were chipped, hers crowded. That, and their hair. His thick ponytail poked out under a faded Mariners cap, she had two inches of brown pushing yellow away. Broke for a good while.

And both of them tired and cranky. Way cranky.

No sense of danger, even though I was alone. Too road-weary and wrapped up in their own problems. Dollar bills in the donation jar weren’t worth a scuffle. Anyway, I’m big enough that no one bothers me, not without giving it some thought.

She followed the box as I took it and set it on the counter.

He stayed at the door. “Stinks in here.”

Of course it stinks. Bird shit and bait herring and feeder mice. The chlorine disinfectant is the worst. Get over it.

I tore off the tape and opened it up, careful of my eyes. You never know what’s going to bust out talons-first. But this bird sagged in a corner, one wing drooping. Eight inches of speckled brown feathers with tufts on top of its head. “It’s a screech owl.”

The woman made a little snort and muttered, “Chicken hawk, my ass.”

The guy crossed his arms over his chest—blurry dark tattoos. “What do you know? I’ve seen owls. They’re bigger.” Talking to her.

“Owls come in all sizes,” I said, trying to paper over hostility with information. Waste of breath. I reached in and wrapped a hand around the bird’s legs up close to its body. It snapped its beak, no fight in it. I laid it on its back on the counter, the woman leaning close and the man watching, too. The breast felt solid with muscle, not starved down. A recent disaster. With my free hand, I worked along the thin bones hidden under feathers, testing for the tiny crunching wiggle that means a break. Crepitation, it’s called. “Wings are good.” The legs were fine, too. One big yellow eye had a little blood in it. “Concussed. I’ll get it to the vet tomorrow. Probably hit by a car.” I straightened up. “Minding its own business and got clobbered out of nowhere.”

The guy said, “That happens every day. Every damn day.”

When I can, I tell people they did right by trying to help a wild creature. Sometimes it’s a pitch for a donation. Not this time, but still. “It’s stunned and can’t hunt. It would have died out there. Here, it’ll be safe and fed and have a chance. We’ll set it free if we can.”

That always eases people, and it did for her. The guy relaxed a little, too, but kept the impatience. “We gotta go. We got a lot of miles ahead.”

She snapped, “Land where one of us can get a job.”

I folded up the wings to carry the owl to the back room.

He said, “You got what you want, like always, so quit stalling and let’s go.”

“What I want is not have to fix your problems. You can’t ask me to raise—”

“Shit.” I didn’t intend to say it aloud. I wanted them gone.

“What?” She turned away from him and crowded me to see the bird.

I touched its lower belly. “Didn’t see it. This big pink spot with no feathers? Brood patch. She’s been sitting on eggs. Or chicks.”

She stepped back and frowned. Wide brown eyes looked a question at me.

I dodged it. “Good timing for her to show up. We’ve got a screech owl youngster in back. It can imprint on this one.” She followed me behind the counter into the back room without asking. Not allowed, but I let it go. After a few seconds, I heard him step after us.

I set the newcomer next to the half-grown chick in a plastic box. It sidled away. The couple stared at the two owls, wild animals catching people’s attention the way they do, while I fetched some cut-up mouse pieces and laid them in front of the birds. Maybe one or the other would eat on its own. Better by far than force-feeding.

The new owl leaned against the side, blotto.

The woman shifted, uneasy. “What about her babies?” She wasn’t going to let it go.

“The dad might handle it. The males help out.”

The woman’s hands clenched to fists. “We’ve gotta take her back where we found her.”

I shook my head. “She’s too out of it to survive.”

“But her babies will die.”

The guy said, “You can’t save every single one.” Not sarcastic, just saying it.

“You absolutely got that right.” She chewed on her lower lip, scowling.

She ignored him and watched the owls. “I could find the exact spot where we picked her up.”

I wondered if I’d have to fight her for the bird.