You are here: Home / Archives for Rosemary Lombard

Moderator Ed Goldberg will keep the program going as several writers read from their current work and will also read from his work. Ed Goldberg is a Shamus Award-winning author and on-air host of All Classical radio at KQAC-FM. He produces radio shows, conducts author interviews, and reviews films. He has been a regular emcee for Oregon Writers Colony events, where he brings his trademark humor to the proceedings.

Katherine Boyer is an author and speaker. She holds a master’s degree in counseling psychology. She has been published in Inspire Me Today, New Connexion, Street Roots, The Willamette Writer, and Portland Family magazine, and the VoiceCatcher journal. Her book, Mending the Net, outlines methods to heal yourself, even if you grew up in a dysfunctional family.

Karen Alexander-Brown first honed her authorial skills by writing as a pastime while on tours as a professional dancer. She’s the author and producer of several short plays and a musical for the Fertile Ground Festival, has written several published academic articles, and currently writes both fiction and creative non-fiction.

Rosemary Lombard, a musicologist intrigued by the behavior of pet turtles, returned to school in her 40s to become an animal behaviorist/ethologist. Her work in progress, Diode’s Experiment: A Box Turtle Investigates the Human World, is about the relationships between the turtles and humans and the turtles’ quest to communicate with them. She has won prizes in nonfiction and poetry, the latter published most recently in The Poeming Pigeon and Nature Writing. Her chapbook, Turtles All the Way: Poems, is in production at Finishing Line Press.

Emily Pittman Newberry’s writing explores the challenges of living as spiritual beings in a material world. OneSpirit Press published two of her books. She wrote the poetry for the artist Shu-Ju Wang’s artist’s book Water, and she was nominated for a Pushcart Prize in 2014. She co-facilitates art therapy workshops for LGBTQ senior citizens and can’t believe how blessed she is to watch her two sons blossom.

Stephen Whitney, takes a strong approach to his creativity and has a genuine desire to write. He loves experimenting with form and technique and has a wide variety of work known for its irony and satire. His poems, stories and essays have been recognized and accepted by various anthologies, magazines, and journals that include Third World Communications, The Black Scholar, African American Review, USA Today, Willamette Week, Timberline Review, Poetry Corners, Exhibition, Reed, The Owl and L. Ron Hubbard’s Writers of the Future.

Margaret Van See Wolf has always loved writing, but put it aside for many years while she raised a family. Now she writes romance, light sci-fi, and fantasy. Her newest book, Dragonfly World, will be released soon. Watch for it on Amazon Kindle.

Rosemary Lombard reads from her forthcoming chapbook, Turtles All the Way: Poems (Finishing Line Press). Rosemary explores turtle cognition by giving turtles more power. Ingrid Wendt, Winner of the Oregon Book Award for Poetry, says, “Reader, these poems — with their deft wit and fresh new ways of looking at all that we take for granted — will dance their way into your heart.” Get more information or a prepublication order (enabling a print run): at [Fishing Line Press] (https://finishinglinepress.com/product_info.php?cPath=4&products_id=2661)

The topic is Hanford: Writing to Influence the Public through Fiction, Memoir, and Poetry. Rosemary Lombard has been a university teacher, naturalist, and is currently an animal behaviorist exploring turtle cognition. Ceidirwen Terrill, English professor at Portland’s Concordia University, has authored two memoirs, including Part Wild, finalist for the Oregon Book Award. 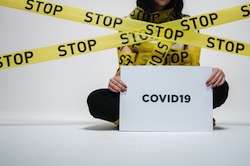 OWC regrets to announce that the Sylvia Beach conference has been canceled. We are not, at this time, looking to reschedule for this year unless things change dramatically.

Participants have been notified and refunds will be mailed.

A decision on the May Scrivener workshop will be made later in April.

We are working on the upcoming Virtual Verse of Ages.

Photo by cottonbro from Pexels