You are here: Home / Archives for Willa Schneberg 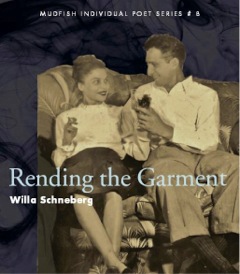 Rending the Garment is a narrative tapestry encompassing persona poems, prose poems, flash fiction, imagined meetings with historical figures, ancestral appearances, and ephemera. It is a series of linked poems exploring the life and times of one Jewish family. 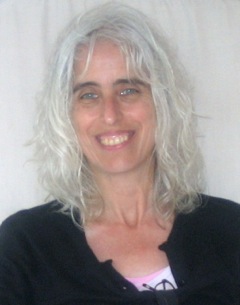 “Rending the Garment tells a familiar tale: the Jewish immigrant family romance, but with an important difference. Using shifting points of view and narrative interruptions, biographical essays, scolding notes from school principals, diary entries, not to mention a cast of characters as lively as a Borscht Belt revue, Willa Schneberg tells her story from the inside, where grief and love live side by side in bed ‘neither old nor young,’ bodies outside of time… A fresh, original and moving addition to our literature.” Philip Schultz, Pulitzer Prize Winner for Failure.

Daniel H. Wilson, author of Robopocalypse, will be among the featured authors at our Literary Lounge on Wed., Jan. 22. This is an opportunity to chat with authors in the relaxed atmosphere of TaborSpace. Ed Goldberg (All Classical Radio) will lead a panel discussion with Stevan Allred (A Simplified Map of the Real World), Willa Schneberg (In the Margins of the World, winner of the 2002 Oregon Book Award for Poetry), Mark Russell (God Is Disappointed in You), and Susan Blackaby (Brownie Groundhog books and many more). Science fiction/fantasy author David D. Levine was originally scheduled but had to cancel. We hope he will join us another time.

After the panel discussion, we’ll break into small groups for conversations with the authors. Don’t miss this opportunity!